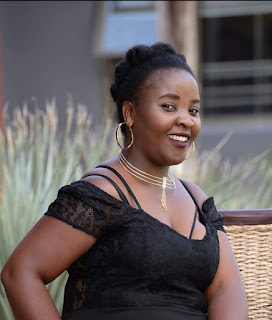 She was only eight years old when she was sexually assaulted by a close family friend.
But Nomaxabiso Rose Mondi (34) refuses to let the pain destroy her future.
In 2017, Rose took her pain and created Voices, a theatre production by and for abused women.
Every year she gathers actors who are victims of abuse and they are workshopped to be able to tell their story in the form of a theatre production.
Directed by Dambuza Nqumashe, the production began in 2017 when Rose found my voice. “It is about women voicing out their pain of rape and domestics violence and standing up to all these factors. It’s about seeking change in out society,” she adds.
In 2019, the actors were workshopped by veteran actor Jerry Mofokeng who described the experience as “healing in mind, body and soul.”
This year, due to the corona virus outbreak, the production has been postponed.
Looking back at the incident, Rose says she has come out victorious.
“As hard as things may have been for me; the rape made me strong. It brought out the winner in me and gave me the will to never give up.”
Rose knew the man because he took care of her and her sibling when her grandmother went to work,” she says.
Every Saturday, Rose’s grandmother  would go to work, leaving the children in the care of the family friend daughters. This his happened repeatedly every weakened; from January until September,” she says.

“He would find a way to get rid of everyone, his kids and my cousins so that could have me to himself,” she says.
“This became the new normal for me. I expected it to happen every weekend until I was numb,” she says.
That time, Rose had no one to confide in.
“I was scared that I would get into trouble or have the blame put on me. So I kept quiet,” she says.
For years Rose kept this secret to herself, until one day she decided to open up to the family.
“Honestly, I only opened up about it now as an adult. I got older and heard other people’s stories which encouraged me to open up,” she says.
“Back then, I just found a way to get out the situation,” she says.
This affected Rose’s life, her relationships, and interactions with people.
“I developed anger issues. Back home in Sterkspruit I was used as an example in the community. Every time people spoke about rape, they would mention my name. I I was shamed because I didn’t know how to handle the humiliation. But I knew I had to deal with it and accept it,” she says.

After telling her family, Rose accepted that she needed to deal with the rape.

“I accepted the matter. Luckily I did not become an addict of alcohol or drugs like many people who have been sexually abused,” she says.
“I used my pain to help others heal,” she says.
“I refuse to be a victim of my circumstances,” she says.

Rose says she has found her calling and that is to help others by using her experience.
Picture: Rose Mondi
By Buzz Life NewsJuly 11, 2020TrendingLeave a Comment on Rape Survivor uses her pain to heal others