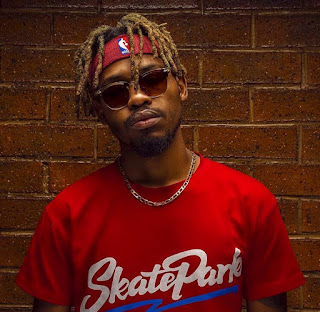 He is a young upcoming producer, DJ, and rapper with hopes of becoming as big as his idols one day.

But Michael Mahlaseal, 26 known amongst peers as Nicey Beatz felt discouraged when he saw that the artwork rapper for Cassper Nyovest’s upcoming album Any Minute Now (AMN) looks almost identical to his EP AHX released in April.
“I am not one to seek attention or clout from other people’s hard work,” he tells Buzz Life.
“I believe in earning your keep in the game, so I am not using this for attention. But that is a duplicate of my artwork. The font is the same, the placement of pictures, the only difference are the colours.”
Nicey says, he does not believe it is a coincidence that him and Casspers artwork may look similar. “I understand the saying great minds think alike, but not in this case.” 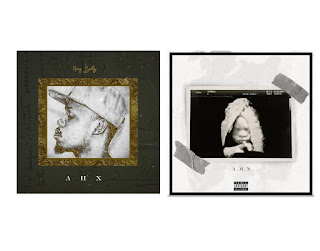 The Mpumalanga born rising star’s artwork was designed by Martin Senekal who has made artwork from many Mzansi stars.

“I work with one of the best and most creative designers in the country. Cassper could have approached him for something more creative, than making a carbon copy,” he adds.
Nicey believes that as a young artist who has not made it in the mainstream, it is easy for well establish names to use his concepts and ideas without credit.
“This happens all the time where established artists take ideas from non-established artists and use their ideas without compensation. It is very disappointing to think that a big brand like Cassper could do such a thing. Maybe it was his designer who used the concept, but the responsibility of checking such lies on him,” he says.
Although Nicey has never met Cassper, he still believes he might run into him at the top and find out what happened and maybe make peace.
“Right now, I’m not bothered by people with limited creativity. I want to focus on my EP and making good music,” he says.
Nicey’s single Pretty Boy and the full album is available for download on all major digital platforms. Upon many attempts, Cassper Nyovest could not be reached for comment.

I’m going to be a father Any Minute Now so I decided to name my album #AMN (Any Minute Now). The album drops on the 11th of September and the album cover is an actual scan of my son in his beautiful mother’s womb. Look at him, already stunting like his daddy!!! I’m so excited about this album but I’m more excited about being a father to a beautiful baby boy. #AMN the album drops September 11th.