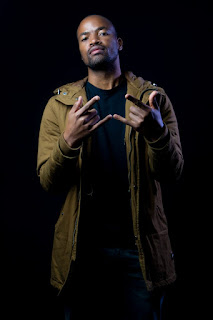 The lockdown and COVID_19 has changed many people’s lives.
Some have lost employment following the lockdown.
And recently protest broke out in the USA after the alleged killing of George Floyd while in police custody.
The outcries of anger have erupted after the deaths of African Americans I the hands of police.

Nduduzo Bulose (32) fondly known by his stage name Chillas announces the official release of his album Ithemba.
“This album has songs that keep people motivated in such a time. This is a critical time for people to unite and to lend a helping hand,” he tells Buzz Life.

“South Africa and the world are at a vulnerable time fighting the spread of COVID-19. This song is the anthem that encourages people to never give up despite the misfortunes.”
Chillas uses his personal experiences of hardship to paint a musical rap melody. Through the single, Ithemba, he takes listeners on a lyrical expedition. He depicts his heroic escape from poverty and depression all because of self-belief and determination.
“Ithemba is dedicated to people experiencing hardships; to help people dream beyond their realities,” says Chillas.
“There was a time in my life when I felt hopeless. This happened after I graduated from university and stayed almost six years without employment.  I felt like I had wasted money and time. Today many people have lost their jobs due to the Coronavirus and lockdown. Some have lost breadwinners who were their only support.  My music says to them ‘keep going’ do not lose hope (Ithemba),” his adds.
Ithemba is available on all digital platforms.