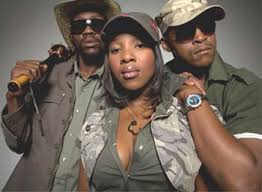 He left Gang of Instrumental band mates Mandla N and Tumi Masemola at the peak of their career after almost a decade of music to pursue a solo career.
Musician Bongo Riot had to go back to work at the mine for almost a year so he may take care of his family and sustain a healthy lifestyle for himself.
This decision follows after the release of his album titled ‘True Stories’, to which sales promotion have been disturbed by the outbreak of the Corona virus.
Bongo Riot had a scheduled concert for 2nd May 2020, which has been put on hold until the state of the country is back to normal.
This has had great impact on his livelihood as he depends on concerts and gigs. Although many may misinterpret this as the music industry not being fruitful to sustaining lives.
Bongo Riot says the industry requires one to always be ahead of the game and find ways to balance it with one’s personal livelihood, for it to work for you.
“Music may not be bringing bread to the table for now, but it sure feeding the soul,”” he says.
“I rest assured knowing that somewhere out there someone is at peace, because of my work”.
Riot confirms that he does not plan to retire from music and looks forward to making more great music.
“Music is still my first love, but life and love for my family requires me to step up for now to make sure they are catered for. I hope for a day where music can sustain me,” he says.

Catch Bongo Riot vs Black Dellinger in a reggae dancehall battle on the 16th June 2020 via Facebook live Bongo Riot’s True Stories’ album is available on all music streaming platforms.

By Buzz Life NewsJune 4, 2020UncategorizedLeave a Comment on Bongo Riot goes back to working at the mine