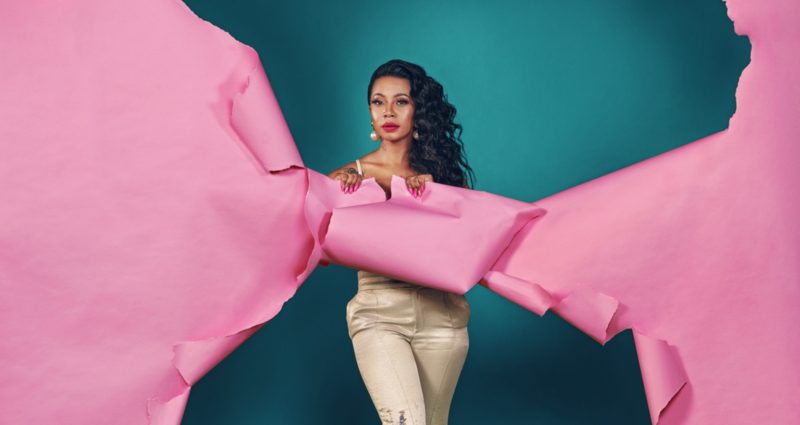 Life With Kelly Khumalo S2 is now streaming on Showmax, with new episodes coming every Thursday.

Season 1 became the fastest Showmax Original to top one million views when it launched in August 2020.
Next week, Life With Kelly Khumalo S1 is up for a South African Film and Television Award for Best Soap Structured Reality TV Show, where its only competition is from two other Showmax Originals: Lebo M – Coming Home and Somizi & Mohale: The Union.

A household name by 21, Kelly is one of South Africa’s biggest music stars, who’s been named Best Female Artist at the South African Music Awards, sold millions of albums, and opened for Grammy winner Missy Elliott, with over two million followers on Instagram alone. Since Season 1, she’s launched her eighth studio album, The Voice of Africa, featuring the hit single Empini, which has already racked up over seven million views on YouTube alone.

Season 1 didn’t shy away from any of her controversies, like her turbulent relationship with her son’s father, hip hop star Jub Jub; the conspiracy theories surrounding the death of her daughter’s father, Bafana Bafana captain Senzo Meyiwa; and her ‘divorce’ from her sister, Zandie.

But Life With Kelly Khumalo also offered fans an intimate glimpse at the woman behind the headlines: a single mother of two who was juggling parenting with two careers under threat by South Africa’s unprecedented Covid-19 lockdown, which banned both live music and alcohol sales – just as she launched her first gin, appropriately titled Controversy. As GQ put it, Season 1 “reveals a side to Kelly no one has seen before.”

The big talking point from the first episode of Season 2 is going to be Kelly’s visit to a therapist with her mother, Ntombi Khumalo, who infamously moved out of Kelly’s house and headed for KwaZulu-Natal in Season 1 with no warning.

“I have been seeing a therapist for years and I saw what that has done for me, especially recently,” Kelly told us. “When it’s just the two of us trying to sort things out, it never amounts to anything, except us misunderstanding each other further. So hopefully a trained third party will make a big difference.”

The therapy session brings both to tears.

But while Ntombi is back, now it’s Kelly’s close friend Wanda Baloyi who’s missing, living her best life in Mozambique. “It’s quite lonely without her,” Kelly admits in episode 1. When Wanda says she’s not sure when she’s coming back, Kelly asks, “Chommie, should I start auditioning for a new friend?”

Season 2’s trailer teases more drama to come, including Kelly venturing into the shoe industry and starting to date again.

Life With Kelly Khumalo is produced by BarLeader and directed by Olwethu Mlotshwa, the power combo behind hit reality shows like Somizi & Mohale: The Union, Being Bonang and Kwa Mam’Mkhize.

The full second season will be available to binge from 5 August 2021.