Dylan Kardashian’s cause of death disclosed 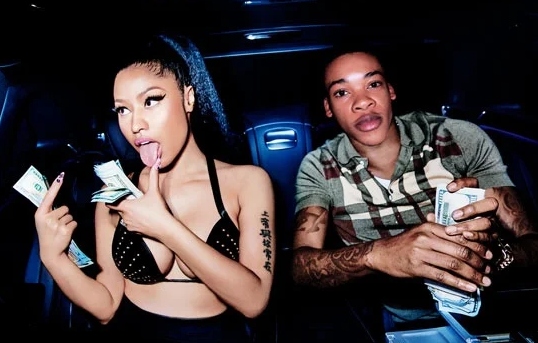 Entertainer Khanyi Mbau shocked the nation when she announced the death of her brand manager, Dylan Musanhu known by the name Dylan Kardashian who passed on his 25th birthday.
Without mentioning the cause of death, Khanyi broke the news on social media. Newspaper, The Herald has since reported that the socialite and graphic designer might have committed suicide.

The Zimbabwean born and South Africa raised brand manager is responsible for designing the artwork for “Katch it With Khanyi” while he was still studying and later went on to do her website and other work.
Dylan became well known when in 2013, American rapper Nicki Minaj reposted a photoshopped image of her and Dylan sitting side by side on her Instagram profile and the photograph.

He has since attracted many international celebrities.
In 2016, Dylan was chosen to be one of the social media stars to kick off the E! Red Carpet season at the Golden Globes Watch Along Party in London. He was then invited to attend the 10th Anniversary celebration launch of Keeping Up With The Kardashians hosted by E! Entertainment in London.

before relocating to England a few years ago with his family. He worked with Mabau as her brand manager since 2015, designing promos for her talk show and helping her build her website. When Khanyi used to host her radio show, Coup De Grace on popular youth station YFM, Kardashian covered the entertainment international wrap up where he focused on trending celebrity hot topics.

The 25-year-old started gaining popularity after American megastar Nicki Minaj shared numerous Instagram stories about him. His fame grew even more after Minaj regrammed a photo featuring Dylan and herself. The photo gained over sixty thousand likes which were massive at the time. Other Hollywood A-listers who took notice of his work were Snooki and Kim and Khloe Kardashian.

In 2016, he was selected as one of the social media stars to kick off the E! Red Carpet season at the Golden Globes Watch Along Party held in London. The following year, he was invited to attend the 10th Anniversary celebration launch of Keeping Up With The Kardashians hosted by E! Entertainment in London.