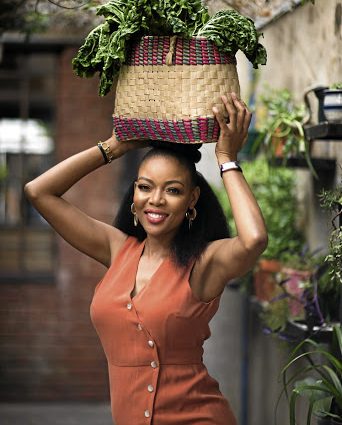 Join Chef Katlego Mlambo and Chef Nti as they introduce South Africans to the best of what local cuisine has to offer this March.

This showcase of culinary excellence kicks off with the premier ‘Inside Job with chef Katlego Mlambo’ on 13 March, followed by ‘Street Food in Africa with Chef Nti’ on 17 March.

“Nothing quite hits the spot like local cuisine and the same can be said for local talent and entertainment,” says Henry Windridge, Senior Director: Marketing, Digital and Creative at Discovery Inc.

“Food has always brought people together – especially during 2020 with extended lockdowns, social distancing and the inability to break bread with those closest to us. Food is how South Africans come together. The personalities and themes of our two new shows are geared to do just that!”

While growing up in Eldorado Park, a township south of Johannesburg, Katlego Mlambo spent most of his time in the kitchen with his grandmother. This is where he developed his passion for cooking.

‘Inside Job with Chef Katlego Mlambo’ follows the boisterous chef on his journey to create gourmet food with South African flair and a taste for Africa. Each themed episode showcases his love for local ingredients and fine dining culture, while he dances through to his favourite playlists.

Nthabiseng Ramaboa, better known as Chef Nti, hails from Soweto. She worked in fashion and facility management, before taking on the food industry.

In ‘Street Food in Africa’ shetakes viewerson a journey around South Africa, from its cities to its townships, all while exploring what defines the country’s culinary culture. By drawing on the authentic flavours she grew up with, Chef Nti shows us how food is such an integral part of our identity – our national story. Chef Nti shares insights and her take on iconic dishes that have been reinterpreted and remixed over the years.

“Sharing a meal has always been deeply rooted alongside sharing stories, cultural experiences and traditions. As the world adapts to new practices and ways of being, the common denominator remains our love for food and experiences with those we care about,” says Windridge.

“While much has changed in the world in recent months, the power of food and how we connect over a plate has not. We’re sure viewers will be as captivated by the flair and charisma of both chefs as they welcome them into their homes this March,” he concluded.

‘Inside Job’ premieres on DSTV Channel 175 on 13 March and ‘Street Food in Africa’ the following week on 17 March.