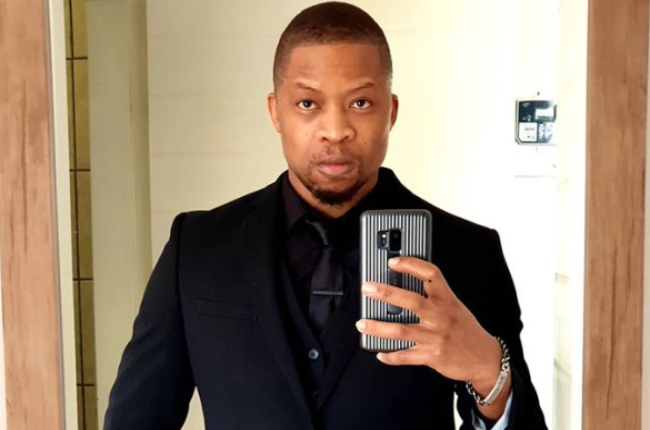 It seems every other week he is a Trending Topic on Mzansi Twitter.

Mncedi Michael Bucwa, also known as Mr Smeg, 36, a qualified electrical engineer upset many Twitter influencers who have taken years to build their accounts by gaining popularity in just over a year.

Mr Smeg was recently exposed by a fellow Twitter influencer for using promoters to help get his name on the South African trends list. The influencer provided screenshots and conversations of how Mr Smeg manipulated social media to build his following.

“Yes, I did indeed use promoters to build my following and I am not ashamed of that,” he admits to Buzz Life News.
“The reason I used promoters was to be able to separate Mr Smeg from the brand Smeg. I wanted to create a distinct name that when Mr Smeg trends, everyone knows the difference between the appliances brand and the guy on Twitter.”
Mr Smeg says he doesn’t see how this would upset anyone.

“I don’t see why anyone would be upset that I figured out a few tricks on how Twitter works, and I beat them to it. This is something that not many people can do. The Mr Smeg brand does not promote hate, it’s all about lightening the mood and make people happy.”

Other stories: DJ Tira’s wife joins the cast of Real Housewives of Durban

After the expose, Mr Smeg felt cyberbullied by some followers who called him names. “Already Mr Smeg was being attacked daily. Now I was being attacked by promoters I trusted,” he says.
“I can handle the name-calling because it gets me on the trends list and get more followers. But I in no way promote cyberbullying. It is cruel and hurtful,” he says.
“Unless you can handle the bullies, it’s advised to stay off social media because it could easily affect your Mental health.”

Mr Smeg believes that “cyberbullies are people who are insecure about their own lives.”

“They are unhappy about the success of the Mr Smeg brand and they choose to bully me. They are people who hide behind the keyboards and cellphones and say insults, so they feel better about their lives. I can handle it, but not many people can, and it needs to stop.”

Mr Smeg says, “Social media can be emotionally and mentally draining at times and one needs to try to limit their time on the net.”

“Cyber bullies always have an opinion, they offer unsolicited advice, they do not read to understand comments, they use emotions of jealousy and hatred to hurt others,” he says.

Qualified Clinical Psychologist Dr. Cino Shearer agrees with Mr Smeg that cyberbullies are not good for one’s mental health and they should be stopped.

“Cyberbullying and cyberharassment can happen to anyone, old or young. It is behaviour used to intimidate, scare, enrage or shame someone,” he says.

“This type of bullying can be done by exposing someone’s secrets, spreading lies about someone, posting embarrassing or hurtful comments and pictures to shame someone.”

Dr. Cino Shearer adds that cyberbullying leaves a digital footprint and record that can be used in the workplace and court.

“Cyberbullying can affect one’s mental health and sense of confidence. There have been many instances where victims have taken their lives due to being bullied,” he adds.

2021-02-10
Previous Post: The Morning Show’s star-studded Valentine’ Day special to tug at your heart strings
Next Post: DJ Fresh and Euphonik fired from Primedia: ‘It is in the best interest of our company and our various stakeholders’