Emtee gets protection order against baby mama and her family 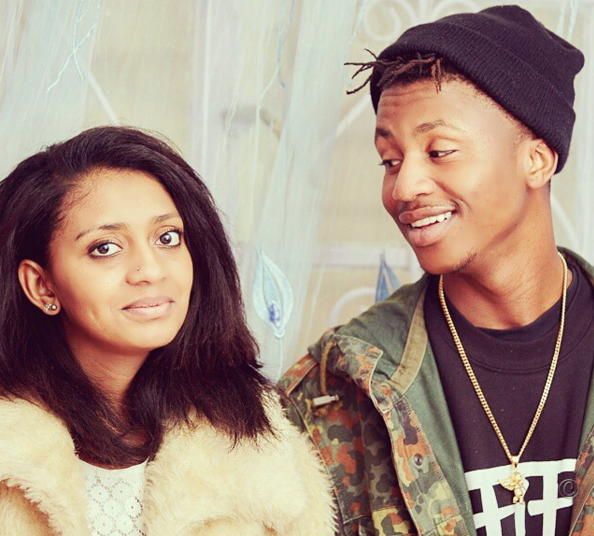 Following the abuse allegations brought forth by rapper Mthembeni “Emtee” Ndevu, claiming that his baby mama of eight years Kendall Nicole Chinsamy had been physically abusive throughout their relations; Emtee has since requested a protection order against Nicole and her family.
In an interview with Buzz Life News, the Roll Up rapper says after lashing out on social media about the alleged abuse at the hands of Nicole, her brother has since threatened to physically assault him.
“The brother has sent me messages threatening to beat me up. I have blocked Nicole’s number from my phone and yesterday I went to the court to get a protection order against them,” he says.
“I have put up with her abuse for eight to nine years,” he says. “
She forever jealous and I have never cheated on her once. Instead, I take care of her and her family,” he adds.
“When she does not get her way, she becomes physical with me. And I would never fight back.”
Emtee says on numerous occasions, Nicole has phoned the police, but when they arrive, they realise I didn’t touch her.” Emtee says he has had enough and is happy to end things.
“I am happy to be single again, I don’t need to answer to anyone. She is the mother of my kids, but I will not allow myself to be a Gender-Based Violence statistic,” he adds.
Nicole has since taken to social media and released a statement disputing all of Emtee’s claims. “I would like to address the false accusations made against me by Mthembeni Ndevu. Firstly, the claim made by Mthembeni that I physically abuse him is completely false and is a fabrication designed to attack my character,” her statement read.
She went on to says that she will no longer protect someone (Emtee) who is “trying to destroy my life by making false accusations about me,” she said.
“This is a blatant attempt to tarnish my name and my family’s name. The truth as to the core reason for the public fallout will be revealed.”
Emtee is currently living with a friend, since Wednesday morning around Gauteng. “I left the house to get a break away from her daily drama,” he says.