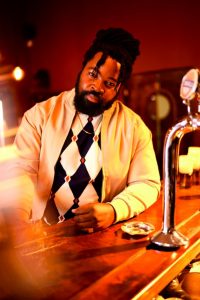 Today Big Zulu real name Siyabonga Nene released his single “Vuma Dlozi” featuring Mabala Noise artist Mnqobi Yazo form his album “Ungqongqoshe Wongqongqoshe”.
The record is a true reflection to Big Zulu’s heritage, style and sound.
He uses indigenous instrumentals, melodies and content the single is sure to shake up the industry. It’s the perfect balance between traditional and rap music, which are seamless ingredients to resonate with the South African and African audience.
“Vuma Dlozi is about thanking ancestors for the many blessings. Things are coming together in my life and it’s my way of showing gratitude,” he says.
The isiZulu rapper came thundering into the Hip-Hop space in 2019 with the release of his sophomore album “Ungqongqoshe Wongqongqoshe.”
The album was received exceptionally well by the public and earned him his  first South African Music Awards (SAMA)  nomination for best Hip-Hop album. 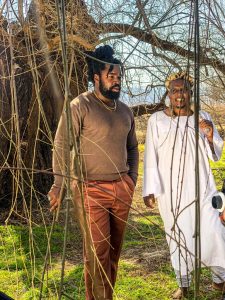 The first single from the album was titled Ama Million featuring the renowned and much celebrated Cassper Nyovest and Musiholiq. The single is a street favorite amongst Hip hop enthusiasts and thus created demand for a remix of the record featuring Kwesta, Zakwa, Musihoiq and Youngsta CPT which took the record a notch higher and cemented Big Zulu as an A-list rap superstar, proving that he can hold his ground when put in a ring with some of SA’s best known lyricists.
“My music represents my love for the homelands, rural living. It is music that speaks to peoples hearts, it is deep routed in rural South Africa. It is the people music. It represents happiness and there stories of joy from the homelands and where I come from,”  he tells Buzz Life News.
With his current brand positioning, Big Zulu often uses the statement  #ZuluDaGreat which is his sending out a message to the Hip Hop industry, that he “intends to dethrone any artist that is recognized as the king of SA and African hip hop.”
2020-08-14
Previous Post: Zenande, Liopelo and Rami tackle women issues
Next Post: TV: Imbewu plays back the Royal Hit