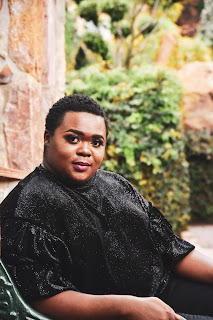 Umndeni is a reality show that explores issues of polygamy, gender, sexuality, and traditional practices with an entertainment twist.
The show captures Alpheus Maseko in a polygamist relationship with two women and five men who are traditional healers. Making him married to seven people.
The cast members include Mahlalaentabeni, Bongani, Nkanyezi, Dabula, Lwazi, Fezile, and Bongani.

On the tell-all finale will air on 30 June 2020; radio broadcaster, actor, and television presenter Selbyonce will take the audience and cast through memory lane of their journey on the show.

“I am so excited to be part of such a reality show that tells stories of us the LGBTI community, even better this is happening during international Pride month. I am honoured” says Selbyonc

Head of Marketing at Moja Love, Lindiwe Mbonambi says the channel chose Selbeyonce because of his experience and unmatched professionalism.

“He has managed to change the Narrative and we wish to take the radio voice to television. Selby was nominated for the Mzansi Magic Viewers Choice Award in 2020 for the Best Radio Personality and he is highly capable.”

Umndeni airs every Tuesday at 21h30 on Moja LOVE Channel 157.

2020-06-22
Previous Post: R&B duo THEY make a comeback
Next Post: Cassper Nyovest expecting his first baby and new music on the way