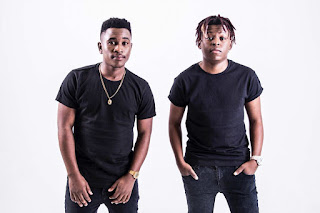 One half of Distrubtion Boyz duo goes solo.

Zipho Mthembu also known GoldMax, males up the one half of the multi-award winning Gqom duo Distruction Boyz.

GoldMax is set to release his solo single titled Iphupho Lami featuring Skyewanda and Masuda.
The KwaMashu born and raised music producer  is venturing outside Gqom music with an Afro House single and promises to share more music to showcases his production skills.

“This song aims to inspire people to chase after their dreams, I am reaching for mine and I would like to inspire everyone to do the same”. Iphupho Lami when translated into English means “My Dream”

GoldMax and Thobani “Que” Mgobhozi  have hinted many a times their plans to explore their solo careers. After their thirst album release titled From The Streets To The World and establishing a record label, Distruction Records are ready topursue individual careers.

2020-06-22
Previous Post: Local Celebrities Celebrate Their Patriarchs This Father’s Day
Next Post: BEAUTY: What a Face Roller can do for your skin